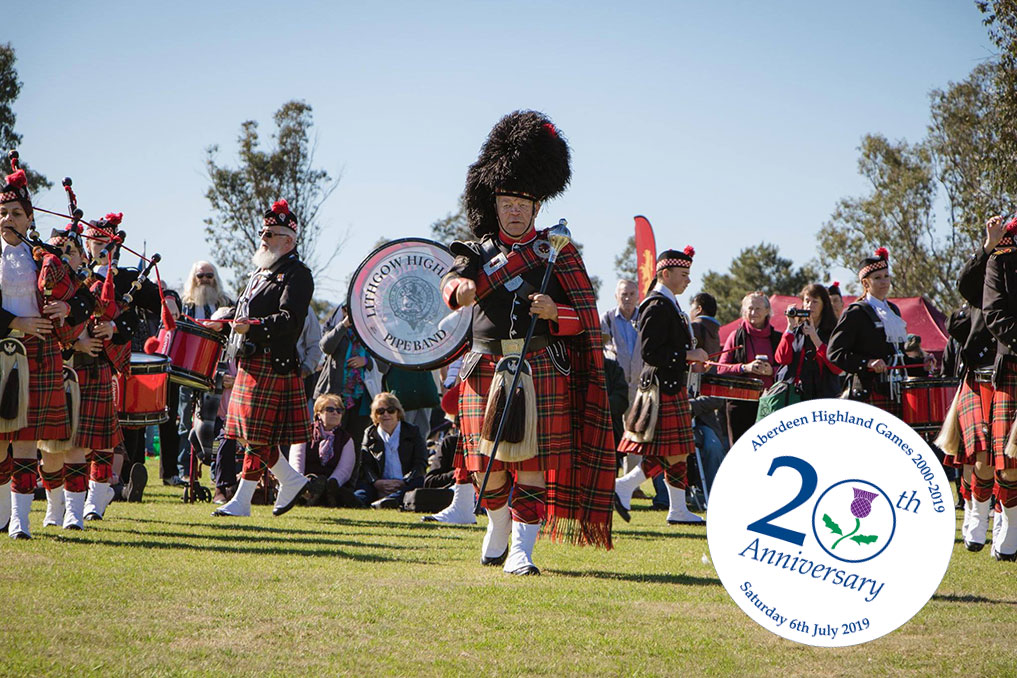 2019 marks the 20th anniversary of the Aberdeen Highland Games, which held its inaugural games on the 1st of July 2000.

The Games committee, composed of a broad cross-section of the local community, wanted to create a catalyst around which the people of Aberdeen could rally, lifting their spirits and providing the community with much needed assets. In initiating the Games the Committee wished to combine the celebration of National Tartan Day with the traditional events of highland games in an area that has very strong Scottish ties. It was decided to run the Games along similar lines to that of Bundanoon, where it is not competition that matters but participation and enjoyment by all.

There were several factors that led to Aberdeen being selected as the site for the inaugural games:

The Abderdeen Highland Games have gone from strength to strength since the inaugural games in 2000. Now incorporating a street parade as well as an increasingly filled week of commemoration in the area, the Games have become one of the pre-eminent celebrations of Scottish heritage in NSW.